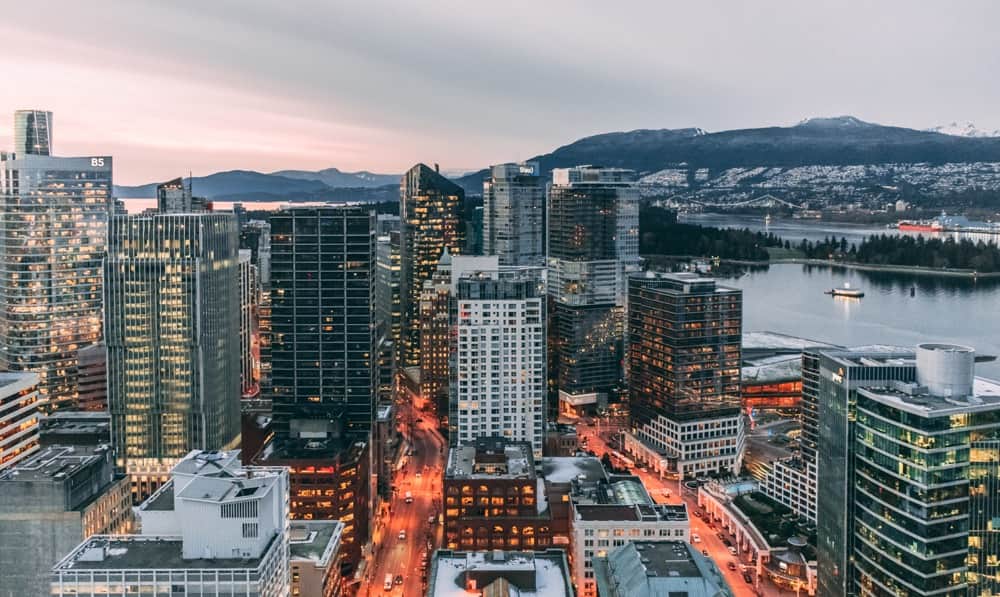 If you’re planning your next skiing holiday, you might want to combine your skiing with a city break. Skiing and city breaks make a perfect combination, and give you the ultimate holiday with plenty of variety. One day you can be gliding down the slopes and enjoying mountain views and fresh snow, the next day you can be shopping or sightseeing, then relaxing in a local bar or restaurant.

Here are some cities around the world that offer amazing skiing, so you can have the best of both worlds…

Vancouver is one of Canada’s most bustling and vibrant cities, and it never fails to make an impact on visitors. The city itself is scenic, beautiful, right on the ocean with world class mountains nearby. It has lots to offer for those days when you’re not in the mood for hitting the slopes.  For those days when you do want to hit the slopes, around the city you have Grouse Mountain, Cypress Mountain and the smaller Mt Seymour – which are all open for winter.

But the star of the show, if you’re visiting Vancouver, is Whistler. Whistler is one of the world’s leading ski and snowboard resorts and it’s only a 2 hour drive from downtown Vancouver. Whistler is actually Canada’s largest resort, and it spreads over two different mountains, and has facilities to suit all different abilities. It’s an incredible place to ski, and its convenience to Vancouver means you can pop to the slopes for a day during your city break.

Innsbruck in Austria, is a beautiful city in the very heart of the Alps. The Alps are one of the most popular places in Europe for skiing and snowboarding, and being based in Innsbruck is an amazing idea because of how much the city can offer. In the city you’ll find a mix of Gothic and Baroque architecture, as well as newer buildings and modern hotels. If you fancy doing a little bit of sightseeing, some of the highlights are the Ambras Castle and the Imperial Palace.

When you want to hit the slopes, from the city centre it’ll take you around 15 minutes using the Nordkettenbahnen cable car to the slopes on Nordpark (Seegrube-Hafelekar).

Far flung on the other side of the world, Queenstown in New Zealand hides one of the most scenic ski resorts. You might recognise some of the views from the amazing Lord of The Rings and Hobbit movies, as a lot of the footage was filmed on the mountains and countryside surrounding this city. The slopes are stunning, and great for most abilities, and they’re only located about an hour from the city (less on quiet days).

The city / town itself is a hub of activities and nightlife. It’s a popular resort full of cafes, bars, pubs and restaurants – with some of the most amazing food you’ll ever taste (check out Fergburger for one of the world’s best burgers).

Salzburg is a pretty well-known city in Austria, and it’s known for its scenic and historic old town, and the amazing alpine setting. People flock here in winter, because of the beautiful snow-lined streets and snow-capped mountains.

During your time off the slopes, you can enjoy cosy pubs, Christmas markets, and even classical music concerts. When it’s time to hit the peaks, the Salzburg Snow Shuttle takes skiers and snowboarders from Salzburg city centre to the ski resorts of Salzburgerland.

Santiago might not be the first destination you think of when asked about skiing, but this incredible city is actually one of the only places in the world where you can be sunbathing in the morning, and skiing in the afternoon. Because of this, it really is a city that gives you the best of both worlds.

The Andes are where you’ll do your skiing, and they’re only 2 hours from the city centre (making day trips up the slopes an easy possibility). Many luxury hotels also offer helicopter access to the slopes via their rooftop helipads, which is something truly special to experience.