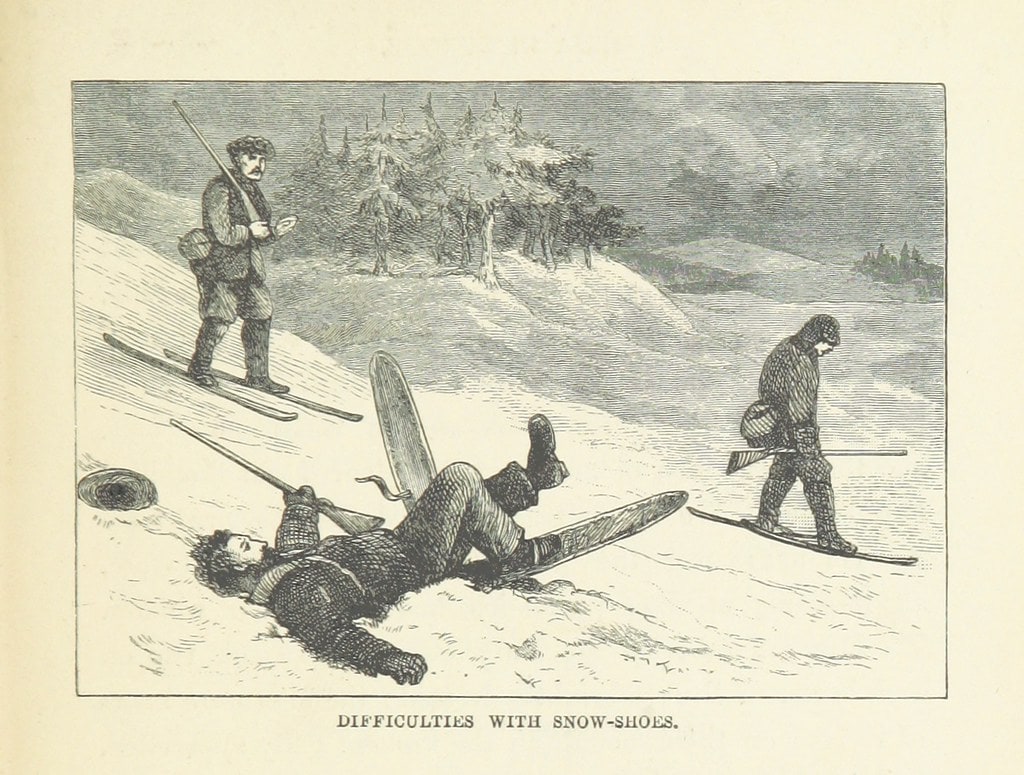 In a country that’s filled with snow and mountains, it’s no surprise that skiing caught on in Canada – and it caught on big time. Nowadays, almost every Canadian has popped on a pair of skis at least once! But, where did this sport start, and how did it get so popular?

The Start of Skiing

Although skiing began an incredibly long time ago, dating way back to cavemen in the last Ice Age, it isn’t likely to have reached Canada until around 1,000 AD, when the Norse made their way into North America and established their settlements. There isn’t direct proof that they brought along their skis, but it would be a big surprise if they hadn’t – they’d already been using them for 4,000 years!

Modern skiing was established in North America almost 1,000 years later in the 1,800’s by the Norse voyagers direct descendants. Scandinavian miners and prospectors used to use ‘gliding shoes’ or ‘snowshoes’ to travel on snow, as well for competitive racing. Then there was John ‘Snowshoe’ Thompson from Norway, who delivered winter mail across North America using skis and became famous for his trips.

It wasn’t until 1879 that we have the first recorded Canadian skiing outing, although we’re sure plenty of people were already using them to get through snowy terrain. This expedition was taken by Mr A. Birch, a Norwegian living in Montreal, who used a 3m pair of skis to travel from Montreal to Quebec. In 1883, Montreal Daily Star published their article ‘New Winter Sport in Norway’ about wooden ‘snowskates’ and large ski clubs appeared in the early 1900’s in Montreal, Quebec, Toronto, and Ottawa.

The Evolution of Skiing

Once it gained some traction, skiing quickly became a popular sport. Initially, ski jumping was all the rage, but soon, in the 1920’s, alpine (slalom and downhill) became the go to discipline. In 1917 – jumping a little back in time – the first Canadian ski resort, Chalet Cochand, opened, and people began taking weekend trips away just to ski. ‘Jackrabbit’ Johannsen was also trail-blazing the path for skiing popularity, as he helped create tons of ski hills and trails, organised competitions, and taught the sport to many young enthusiasts.

Once skiing’s popularity was in place, that was it; skiing was a part of Canadian culture. From professional championships to family holidays, the sport was everywhere! Nowadays, there are tons of ski resorts across Canada and many famous stars of the sport, and the passion for it spreads across the world.

Now you know more about skiing history, isn’t it time you popped on a pair of your own skis and tried it out for yourself? At ALLTRACKS Academy, we can show you just why Canadians love the sport so much and help you become a pro out on the slopes. Contact us here today.