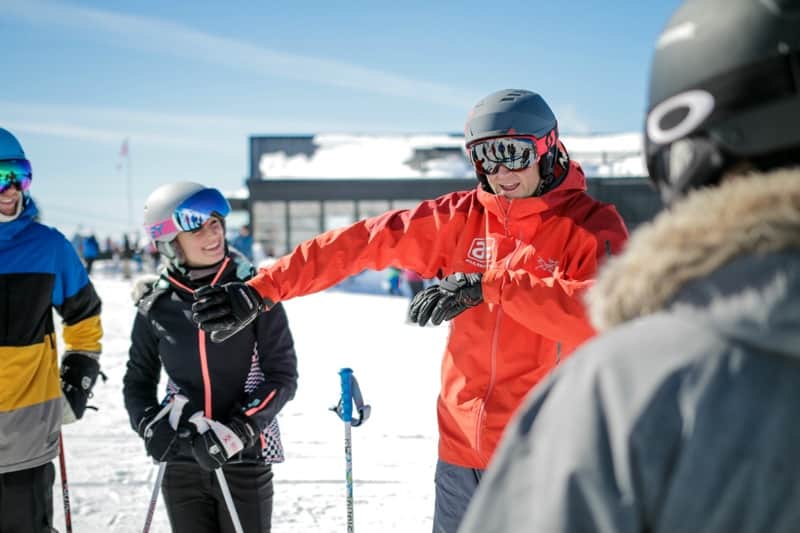 It’s the question on every prospective ski instructor’s lips: how much would I earn as an instructor?

Unfortunately, there isn’t an easy answer to this question. There are many variables that influence the earnings of a ski instructor, such as the country, the resort, the ski school, your qualifications and experience. It is also important to consider the economic factors that affect the overall demand for ski lessons and the strength of a currency.

However, Alltracks Academy is here to give you an idea of what some ski instructors are earning, and the guideline figures you should be aware of:

For example, during the season, an instructor might work up to 35 hours a week over six to seven days, but if the resort isn’t busy, this amount of hours could be halved. As a new instructor, you should be willing to work the peak period and take any hours on, but you should also be aware that there will be quieter times when you earn less.

Below, we show you the average wage per country. However, here at Alltracks Academy, we hope that you go for the jobs that best suit you and your career development, rather than merely chasing the higher wages.

Working in France as a ski instructor takes more time and patience than some other routes, but in turn, you can expect to be rewarded with higher pay and working conditions.

The cost of living in Switzerland is high, so Swiss ski schools tend to pay generous hourly rates to their ski instructors. Experienced instructors could earn up to $65 an hour.

The wages start low in Canada, but rise considerably with higher qualifications and experience. They offer a transparent payment structure that clearly distinguishes between qualification levels. However, you should remember to consider the North American tipping culture which can have a hugely positive effect on your earnings. There is also often discounted staff accommodation provided meaning your outgoings are reduced.

UK ski instructors earn some of the lowest salaries in the world. Job sites estimate around £10.30 per hour, but rates fall as low as £8.25. The need for instructors with Level 3 and above is extremely low.

Austrian resorts pay a monthly wage, starting at €875 for a trainee and €1,500 for experienced members of staff. This is guaranteed regardless of the demand for ski school lessons.

These rates are similar to those paid to ski instructors in France.

Norwegian work can be some of the highest paid for ski instructors, just below Switzerland, France and Italy.

These are low rates, and it should be mentioned that New Zealand ski resorts are prone to closure when high winds take hold – days off that you will not be paid for.

If you’d like to find out more about gaining qualifications & becoming a ski instructor, see our range of courses here.